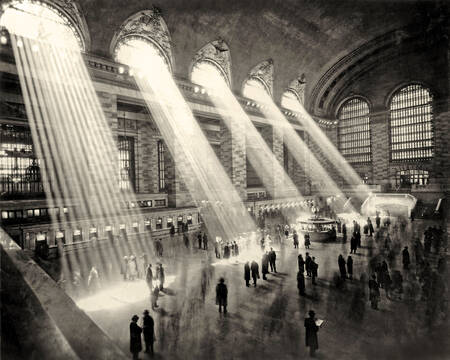 The Grand Central Terminal (GCT) is a suburban railway station in downtown Manhattan, New York, United States. Built by the New York Central Railroad and named in honor of the company, it is the largest railway facility in the world by the number of wharves it serves, 67 railroads. They are on two levels, both underground, with 41 lanes at the upper level and 26 at the lower level, although the total number of lanes along the wharves and in the marshalling yards exceeds 100. area of 19 hectares.

Bridgeman Images has one of the world's finest photography collections...

See all photos from Bridgeman Images