Dear customers, we continue to ensure deliveries within the usual delay, except for floater frames
Fine art photography | Themes | Concert and music | Pop music | Us pop music | Prince in concert at Bercy - 1987 Photography

Prince in concert at Bercy - 1987 by Bertrand Guay 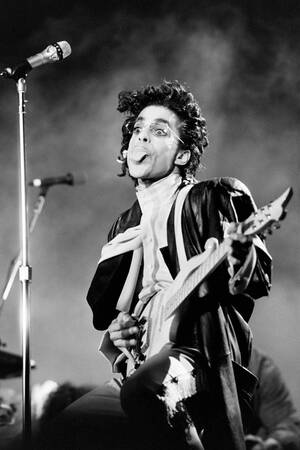 June 15, 1987 - Prince in concert on stage during his concert on the site of Bercy in Paris. The Prince pop icon - whose pioneering funk brand has made him one of the most influential figures in music - died on April 21, 2016 in his Minnesota precinct. He was 57 years old. The announcement came just a week after the Grammy and Oscar were taken to the hospital with a bad flu, although he shed light on his health problems after the fright.

The Agence France-Presse (AFP) is a global and general press...

See all photos from Agence France-Presse