Dear customers, we continue to ensure all deliveries. All our carriers provide contactless delivery
This artwork is signed within a limited edition of 20 copies through the world!
Fine art photography | Themes | Cultures of the world | European culture | Other european cultures | Shtandart Photography 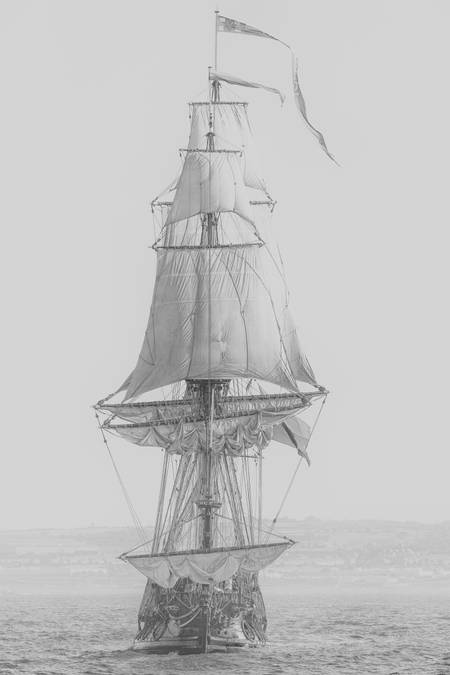 Shtandart is the replica of an 18th century Russian frigate. She was then the flagship of the fleet of Tsar Peter the Great. The Shtandart, whose name means "original standard" was built in 1703, and was the pride of the Russian fleet, until it fell apart in 1727, during an unfortunate restoration project. An edict was then promulgated: "In memory of his name, which His Majesty Peter the Great gave him, put the keel and build a new ship" The Sthandart was finally rebuilt and launched in ... 1999! It travels the seas again, and was photographed here off Sunderland, England, during the Tall Ships Races 2018.

See all photos from Julien Amic