Dear customers, we continue to ensure all deliveries. All our carriers provide contactless delivery
This artwork is signed within a limited edition of 20 copies through the world!
Fine art photography | Themes | Movie | Patrice CHEREAU Photography 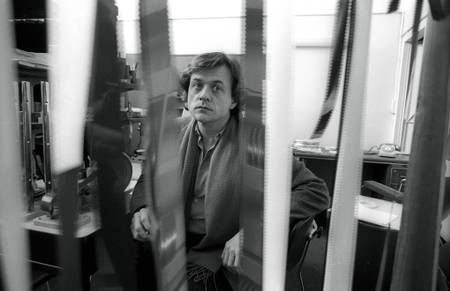 1986: Patrice Chereau, who does not like to be photographed and who often refuses photo shoots, accepted that I would come to the editing room of his film "Hotel de France" because he appreciated the newspaper that sent me ( 7 in Paris) the trendy Parisian weekly, when you wanted to promote a movie (or a play) I like this image, this moment of reverie; What are you thinking of? To escape, to the montage of the film? I wanted to photograph it through film coils suspended and ready for editing: at the time of the film film, the sequences of 35mm film rolls were cut to the cutter, then they were stuck end to end with an invisible tape ... today, we do this on virtual images, on computer, with Final Cut software, another universe!