The love of the mother - photograph by Alain Mafart Renodier 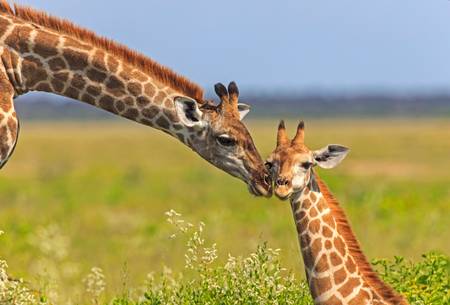 Giraffa camelopardalis Namibia. Etosha National Park. Etosha, which means "The Great White Place" or the Large Empty Place is characterized by a gigantic bowl of clay and salt, called the Pan. The pan is part of the Kalahari Basin, its soil was formed 100 million years ago. The Etosha pan covers 25% of the National Park. Originally the pan was filled by the river Kunene. Tectonic movements diverted the course of it thousands of years ago and the pan dried up. The pan is now a vast arid depression of salt and clay, which fills with water when rains are abundant but only for a limited time. In some peripheral areas of the pan are permanent sources providing water for wildlife. This contribution is completed by artificial water points. The Pan fills up in the rainy season, attracting many birds including flamingos.

Created in 2014, Naturagency is a photo agency specializing in...

See all photos from Naturagency Photo