Dear customers, we continue to ensure all deliveries. All our carriers provide contactless delivery
This artwork is signed within a limited edition of 20 copies through the world!
Fine art photography | Themes | Movie | Cyrille Collard Photography 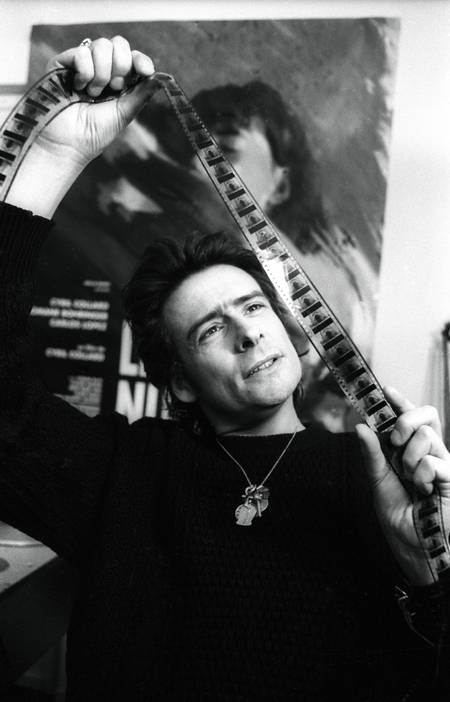 The film "les nuits fauves" was released in 1993, directed and directed by Cyrille Collard, adapted from his eponymous novel, has a phenomenal success and gets the Caesar of the best film, as if dying to love, forward desperate forward, transmitting The virus to his partner, was an example to follow! I think I have the sad privilege of being one of the last, if not the last, to photograph it for the cover. Of 7 in Paris. Indeed, shortly after, he is hospitalized and will not have the strength to go for his reward, it is Romane Bohringer who will represent him. He died very quickly, as he lived, at 300 an hour, struck by the AIDS virus. What is striking about this picture is that it seems apparently intact, it is beautiful, very seductive, it had the fishing, did not seem weakened at all. There was a negative of the festive nights in the office where he received me, I asked him to take this pose in reference to a famous image of the American cinema between the wars ... He poses in front of the poster of the film .